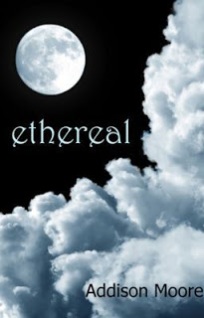 Sixteen-year-old, Skyla Messenger is a dead girl walking.
When her newly remarried mother moves the family to Paragon Island, to a house that is rumored to be haunted, Skyla finds refuge in Logan Oliver, a boy who shares her unique ability to read minds.

Skyla discovers Logan holds the answers to the questions she’s been looking for, but Logan’s reluctance to give her the knowledge she desires leaves her believing Logan has a few secrets of his own.

Skyla’s bloodlines may just be connected to the most powerful angelic beings that roam the earth, and the more she knows, the more danger she seems to be in.

Suddenly an entire faction of earthbound angels wants her dead, at least she still has Logan, or does she?

oh angels! It’s been a long time since I last read a book about angels. So I was kinda ecstatic to learn that Skyla was one of the Celestrals which is the highest and purest rank among earth angels. What’s cool is she could also read minds, much to the chagrin of her mom and stepdad. Although her relationship with her family is strained, she found new friends who were willing to help her.

Anyway, there are also these two angelic beings – Logan and Gage, which I am having a hard time choosing (for Skyla’s benefit, of course). One time, I was on team Logan. But when I got to read more, I was definitely rooting for Gage.

One thing that I kind of disliked: Skyla’s name. Everytime I read her name, Skyla, it just reminded me of this cartoon series in the 90’s (The Sky Dancers – featuring 5 flying students of High Hope Academy under the stewardship of Queen Skyla).. Ha ha ha.. If you don’t know what I am talking about, just Google it. It might even tell you how old I am.. oops!

Okay, just to inform you, Ethereal is a good read. I recommend this to YA Fantasy readers and angel lovers. It was quite enjoyable, really. I’d love to read book 2 immediately so I know how the story commences. Overall, my rating for this Addison Moore bestseller: 4 stars!