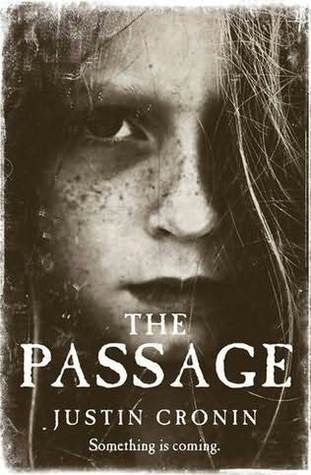 Deep in the jungles of eastern Colombia, Professor Jonas Lear has finally found what he’s been searching for – and wishes to God he hadn’t.

In Memphis, Tennessee, a six-year-old girl called Amy is left at the convent of the Sisters of Mercy and wonders why her mother has abandoned her.

In a maximum security jail in Nevada a convicted murderer called Giles Babcock has the same strange nightmare, over and over again, while he waits for a lethal injection.

In a remote community in the California mountains, a young man called Peter waits for his beloved brother to return home – so he can kill him.

Bound together in ways they cannot comprehend, for each of them a door is about to open into a future they could not have imagined. And a journey is about to begin. An epic journey that will take them through a world transformed by man’s darkest dreams, to the very heart of what it means to be human.

Amy Harper Bellafonte is destined to become a hero. The Girl from Nowhere who will save the world. The one who will eradicate the virals. At first, I thought the virus is the catalyst to becoming a zombie, but as the story went, I learned that the virus actually turned human beings into bloodthirsty creatures, vampires. No, not the sparkly ones. But the vicious and cunning ones – imagine Gollum from LOTR, that’s how they’d look like.

This had been a thrilling read. Truth is, I learned about this book through Joseph Morgan (Klaus of The Vampire Diaries/The Originals) on his Twitter account. He highly recommended The Passage and so my curiosity was piqued. At that time, I thought his character Klaus Mikelson was the perfect vampire, and a man like Joseph Morgan who has a passion in reading is a man worth rooting for. After reading his review of The Passage, I immediately put this on my TBR list and read it as soon as I can.

I can now declare my love for The Passage. It is ridiculously awesome and horrific that I even thought I was reading Stephen King.

Hands down and thumbs up to Justin Cronin for a vampirically great novel. The Passage surpassed all my expectations in a paranormal book. This is the kind of story that would haunt me even in my dreams, but still would gladly read and relive all over again! Can’t wait to read The Twelve next!

5 thoughts on “The Passage by Justin Cronin”